A Portal for Research-Creation 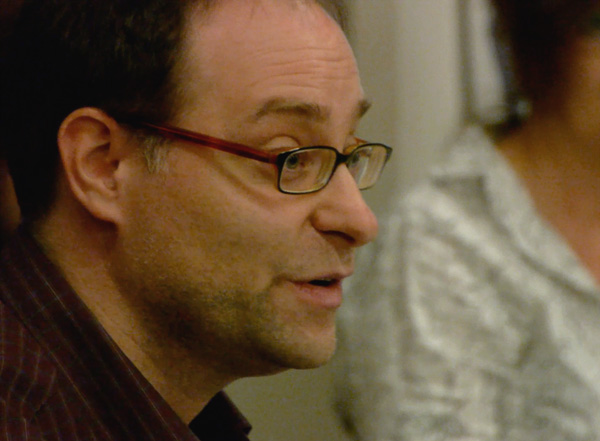 Dr. Louis Patrick Leroux is an associate professor in both the Department of English and Département d’études françaises at Concordia University in Montreal. He is a member of the Hexagram Institute for research/creation in media arts and an Artist-in-residence with Matralab. He is also the founder and animator of the Montreal-based international Working Group on Cirque/circus research.

His academic research has focused on self-representation in Québec drama, cultural discourse, and the Cirque du Soleil. Dr. Leroux has published widely in journals such as L’Annuaire théâtral, Cahiers de théâtre JEU, alt.theatre, Québec Studies, Spirale, and Voix et images. In 2010, Concordia awarded Dr. Leroux its Emerging Scholar Award in the Strategic Cluster "The Person and Society" and was named University Research Fellow for 2010-11. He was also awarded the 2010 Prix Jean Cléo Godin for “exceptional scholarship in theatre and performance studies published in French.” For a detailed list of academic publications, papers, and talks, please consult his Department of English website.

A playwright, producer, and director, he founded Ottawa’s Théâtre la Catapulte and co-founded La nouvelle scène, a theatre production space. Over thirty of his plays, radio plays and film scripts have been performed at various venues in Canada.

His research-creation focuses on multidisciplinary theatre production and playwriting. While teaching at Concordia, he has held artist residencies at Théâtre du Nouvel-Ontario, Collective Sigh, and Matralab. At Matralab, he developed Dialogues fantasques pour causeurs éperdus (2007-08), Se taire in collaboration with Théâtre du Trillium in Ottawa (2008-09), and a three-year (2009-12) Fonds de recherches scientifiques (FQRSC)-funded research-creation project, “Hypertext and Performance: A Resonant Response to Joanna Baillie’s Witchcraft,” a project he has undertaken in collaboration with faculty members from McGill University and Université de Montréal. He also holds a “nouveaux Chercheurs” FQRSC grant (2011-14) for research on the Cirque du Soleil’s presence in America with its growing number of permanent productions.

He is an ongoing artist-in-residence with Matralab in Montreal. In the Spring 2012, he was a Visiting Scholar with the Centre for Canadian Studies at Duke University, North Carolina.